I previously showed some fun classical logic proofs in Haskell, thanks to the Curry-Howard correspondence.

This post will show how a simple proof works in Logic, Type Theory, and Category Theory: given A ∧ (B ∧ C), prove (A ∧ B) ∧ C.

For example, conjunction (∧) has one introduction rule:

which means, if we know A and B, then we can use the introduction rule (∧i) to deduce the proposition A ∧ B.

There are two elimination rules for ∧:

which means, if we know A ∧ B, we can obtain A or B if we use the elimination rules ∧e1 or ∧e2.

which means, given a term a of type A and a term b of type B, then we can obtain a term (a, b) of type (A, B). Note that we no longer need to say "given we know A and B", since the existence of a term of each type is enough to form the tuple.

Similarly, there are two elimination rules:

The form is identical to the logic proof, except we have terms and the rules use (,) instead of ∧.

We can write the same thing in Haskell:

However, this takes advantage of a powerful Haskell feature known as pattern matching.

This is a neat effect of the Curry-Howard correspondence: proofs are programs. So, once we write the proof, we also have the program. We could even write the program and then extract the proof -- it's really the same thing.

The Curry-Howard-Lambek extends the correspondence to include CT as well. The correspondence connects propositions to objects, arrows to implication, conjunction to categorical products, etc.

While in logic we said "given a proof of A", and in type theory we said "given a term of type A", the only way we can do the same in CT is to say "given an arrow from the terminal object T to A, f : T → A". This works because the terminal object represents True / Unit in logic / type theory, so it means "given we can deduce A from True", or "given we can obtain a term a : A from () : ()".

Now we are ready for the proof: 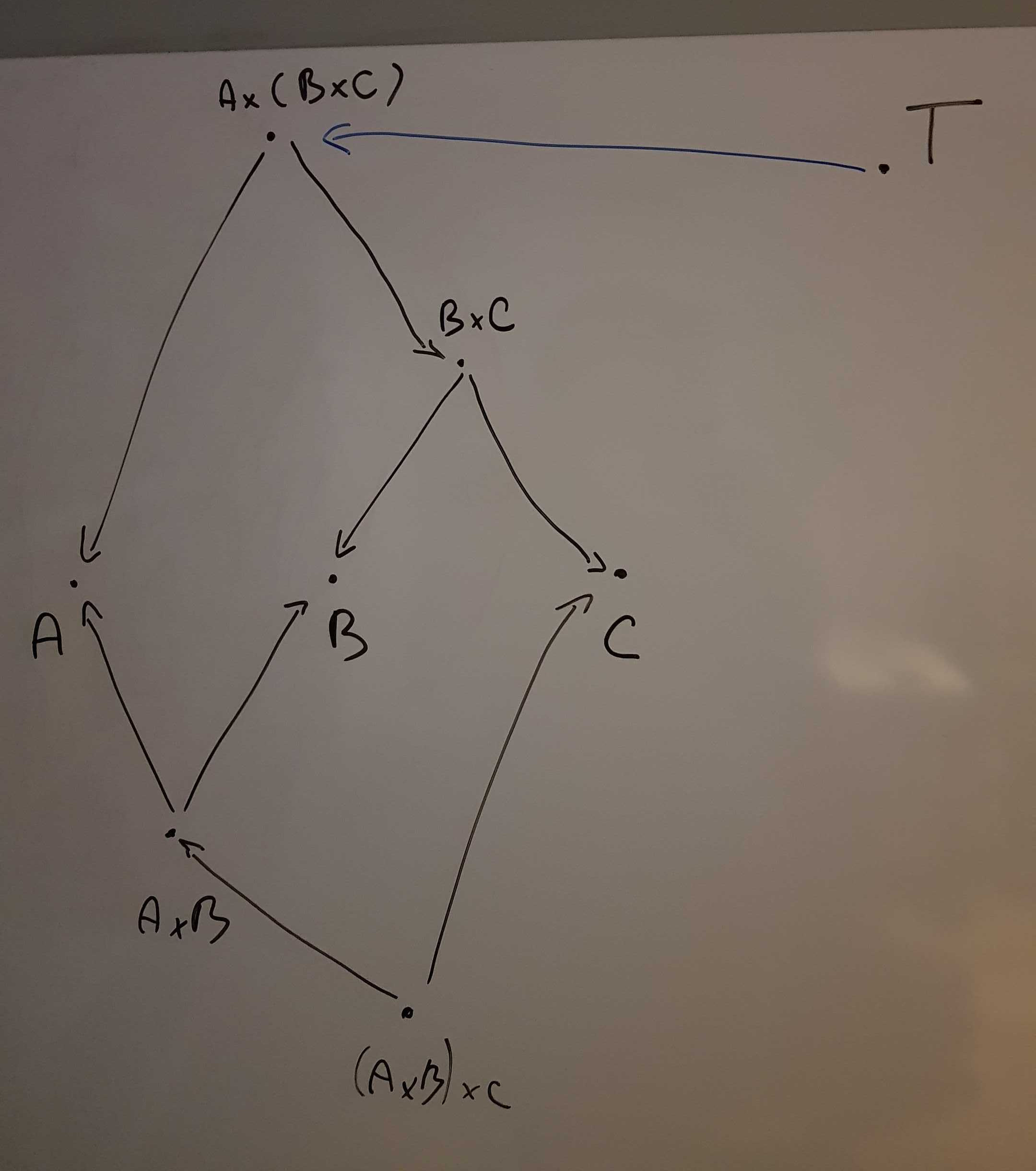 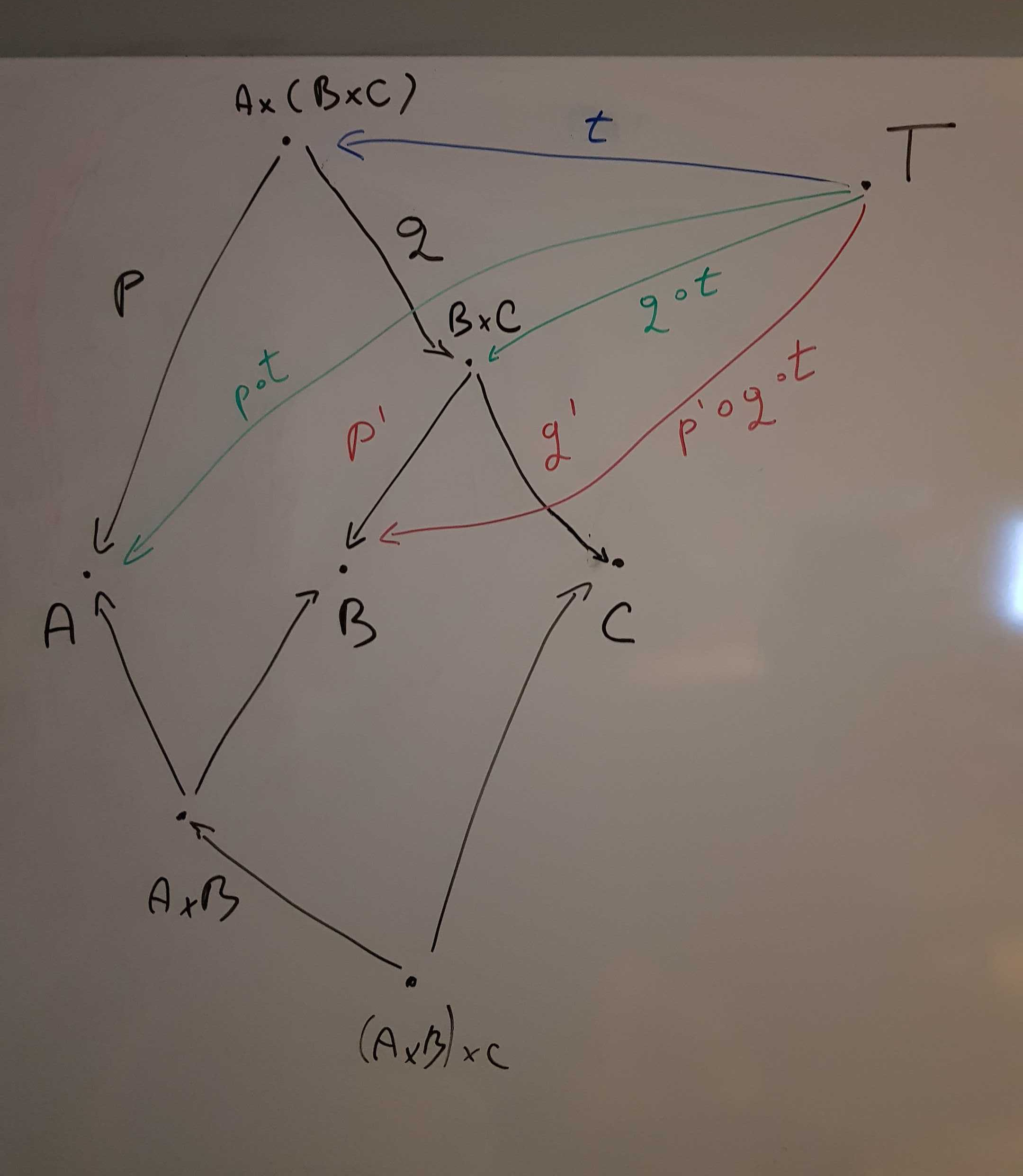 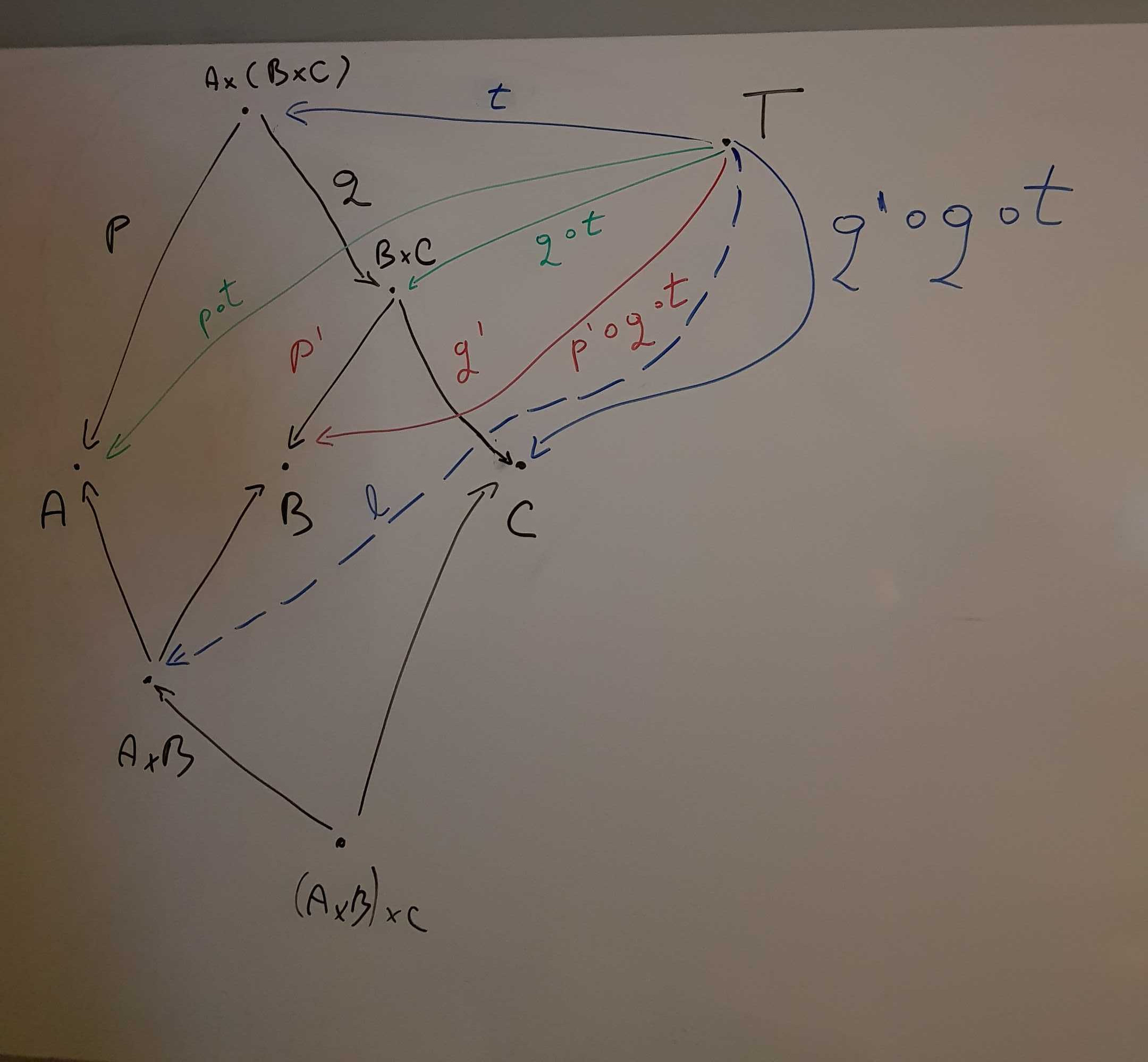 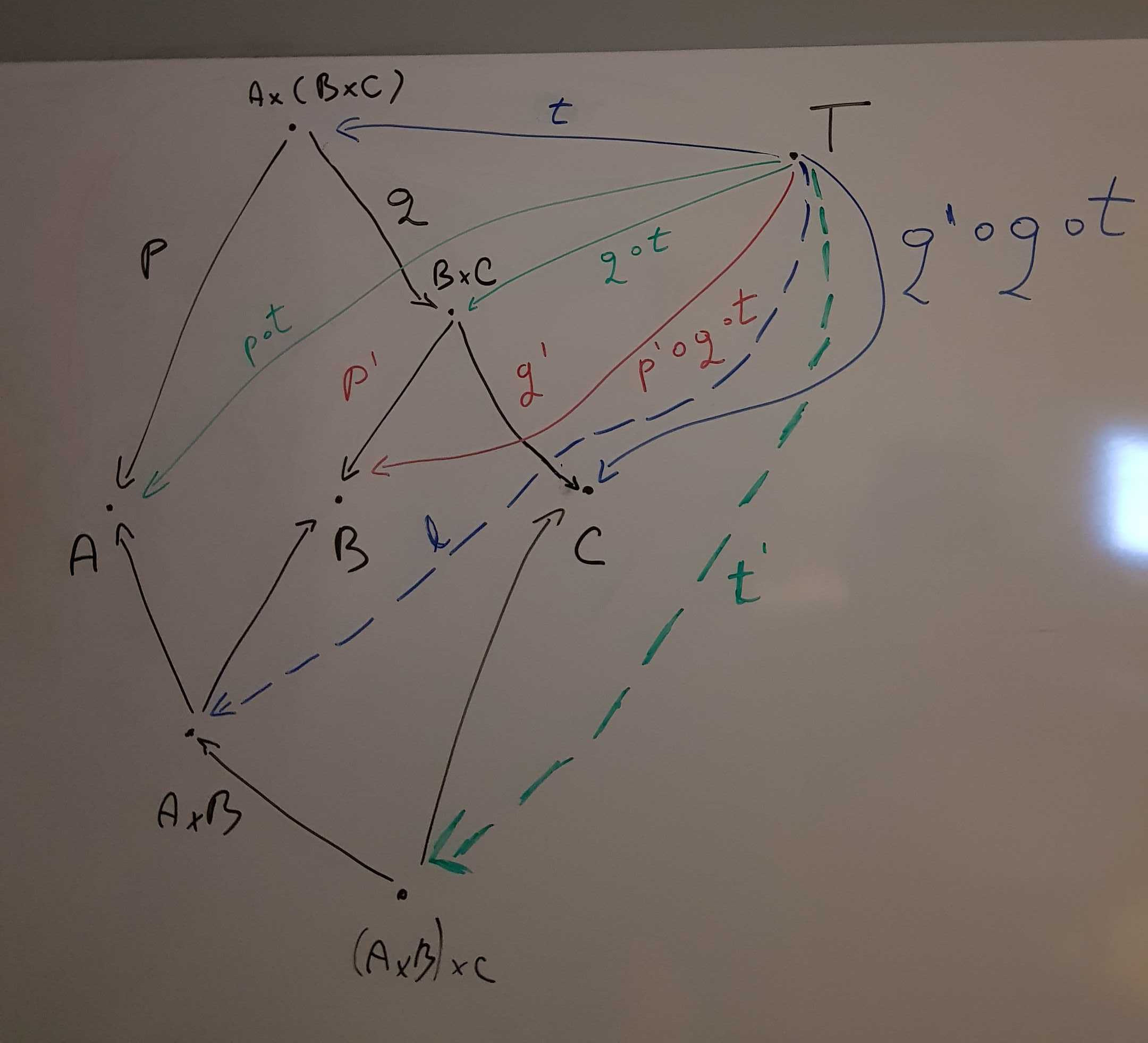 Edit: See this twitter thread for a whiteboard proof of sum associativity.

So, if instead of t we write a_bc to denote our hypothesis, or inputs, let's look closer at what i, j and k are: - i is p ∘ t, which is the left projection of the premise, or fst a_bc

You may ask: Why?!? Well, p ∘ t means p after t. In our case, t represents the input, so it's equivalent to a_bc, and p is the left projection, which is equivalent to fst. Keep in mind that a ∘ b ∘ c means c first, then b, then a when reading the following.

Which means we reached the same implementation/proof, again.

Edit: Thank you to Bartosz Milewski and GhiOm for their early feedback.